Improv used to be a huge part of my life.  That’s what I did from 2004 to 2012.  As in during that time I was one of the founding members of Brock Improv at the university I went too.  Those were some great times.  Then in 2008 I went to do an improv intensive at i.O. Chicago and it was so much fun.  When I got back there was an opportunity to be on a Harold team and I was placed on Nakatomi Protocol where we were a team for like 2 years.  Those were the days.  We went to North Carolina Comedy Arts Festival, Combustion Festival in Atlanta and of course The Del Close Marathon in NYC.  Then after that I was on a couple of other teams.  Then in 2013 when I got into Fringe instead of doing what one would’ve expected another improv show, I wrote a musical instead.  But I had the idea that I was going to write a musical before improv but improvising has helped me indelibly with my writing and songwriting.  I’m just yes anding myself.  But I miss the group mind.  So at the beginning of the year I always have these new years resolutions.  Usually I fail at them except last year I did them all – woo hoo.  But that was last year and now we are in this year and where are my resolutions.  Still incomplete but in the works.  I wanted to find a way to bring improv back into my life and so I took a class.  And I guess it was ok but I’ve been craving more.  I really want to be on a longform improv team again.  I don’t really know where they are anymore.  I mean I know there are some already but there already formed and so I doubt they’d take me so I guess I gotta start one from scratch.  I really want to do what I was doing before cause it was so much fun.  Anyway I had a venue tentatively booked and now it’s confirmed (more or less) for July 7th at John Candy Box Theatre.  In the time remaining I’m going to figure it out.  If I don’t make a deadline like this I won’t do it.  This may end up being just an improv one night stand but the romantic in me wants to believe it’ll lead to more. 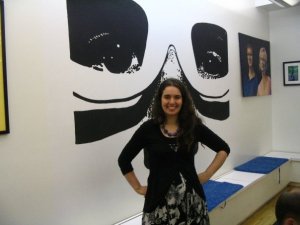 1 Response to I miss improv