Below is a brief list of all the dreams I dreamed this year (and of course continue to dream until they come true):

Virtual Unknown is a musical and about two broken people, Amber Asyln and Derek Worm, who find love amidst the backdrop of the ego-fueled world of fame.

The Possession of Tyrell Jones is about the man, the myth, the legendary music mogul Ty-Real.  Can he stay real with all the mayhem in his life? 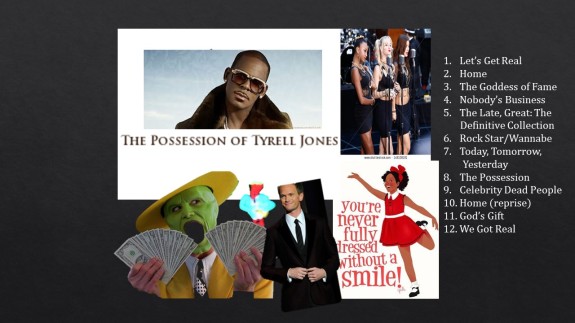 Chantelle’s Choice is about 17-year old Chantelle Lafayette and her struggle with that elusive thing called image.  Can she be her authentic self and still be ‘famous’?  Does she even know who that person is or could have been? 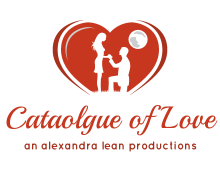 Catalogue of Love is a modern day fairytale about authenticity in an age of superficiality.    On the eve of Joy’s happily ever after, Joy falls into a deep dark sleep.  She must fight through her unconscious to make it to her wedding to action star and man of every girl’s dream, Colt Brandon (whom she won on a televised dating show). 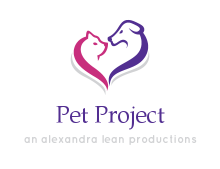 Pet Project is a comedy about what happens when Emma makes a wish which transforms her beloved cat into a human and turns her boss into a dog.

Witch a play about a very bright woman, Mercy Bridgewood, living in 17th century Salem accused to being a witch, the diary she wrote that was made into a play and the 21st century actress, Jenny, who portrays her (very melodramatically).  The text of play within a play when repeated day in and day out 8 shows a week conjures Veronia who possesses Jenny.  The show becomes a massive hit for Jenny so much so that she cannot escape the role and/or get out of her contract.  No one believes the actress and think she is being very “method” about the whole thing.  Eventually, Jenny is forced exorcise herself onstage in what may be her final performance.